Dr. Burn is a native of Rock Hill, SC, and received his Bachelor of Science in Biology degree from The Citadel, Charleston, SC, in 1973. He completed his Master of Arts in Business degree from Central Michigan University in 1976 and was second honor Graduate from the College of Dental Medicine, Medical University of SC, in 1986. He is Past President of the Greater Columbia Dental Association, Past President of the SC Academy of General Dentistry, a Life Member of the American Dental Association, the Academy of General Dentistry, and the SC Dental Association. He achieved his Fellowship in the Academy of General Dentistry in 1998 and his Mastership in 2013. He was also selected as a Fellow in the Pierre Fauchard Academy in 2013, a Fellow in the American College of Dentists in 2013, and a Fellow in the International College of Dentists in 2018. Dr. Burn was selected as one of the Midland’s Top Dentists for 2015, 2016, 2017, 2018, and 2019. Additionally, he has been an affiliate clinical instructor in the Oral Rehabilitation Department at the College of Dental Medicine, Medical University of SC. Recently, he was elected as Regional Director for Region 19 of the AGD, consisting of the state AGD organizations in AL, GA, NC, and SC.

Throughout his tenure at MUSC, Dr. Burn served as Class President for the four years at dental school and was a teaching assistant for the Department of Anatomy. After receiving his DMD degree, he completed a one-year General Practice Residency in clinical dentistry at Palmetto Richland Hospital in Columbia in 1987. He retired from the US Air Force as a Lt Colonel in 1996. Additionally, he also served on medical/dental mission trips to Huánuco and Pomocucho, Peru.

Dr. Burn is married to the former Cindy Hix, and together they have a daughter, three sons, a granddaughter and three grandsons. He is a member of St. Andrews Presbyterian Church. 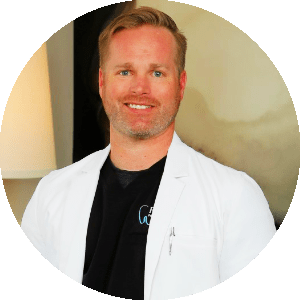 "Highly recommended to anyone that is looking for a new dentist. Always welcoming and such a great staff to work with! Thank you guys for all you do!"

"Have had nothing but good experiences with this group."